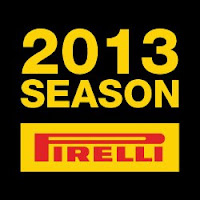 For Pirelli’s home event at Monza, the P Zero Orange hard and P Zero medium tyres have been nominated: the same combination as seen at Spa for the Belgian Grand Prix. However, while Spa exerts plenty of lateral energy on the tyres, Monza is all about longitudinal energy which puts considerable forces on the tyres and requires high levels of mechanical grip. With set-up being a compromise between the fast and slower sectors of the circuit, the tyres play a crucial role at Monza, with several opportunities for strategy.

The circuit dates back to 1922, and it was also the scene of Pirelli’s first grand prix championship win, when Gastone Brilli Peri claimed the title in 1925 with an Alfa Romeo. Having been through several incarnations over the years, the modern circuit is now very different to the original layout, although the historic banking of the very first track remains as a monument: part of the unique character of Pirelli’s home circuit.

Paul Hembery: “Monza is obviously our home race, only around half an hour away from our headquarters in Milan. It’s very easy to see why the place has been called ‘the temple of speed’: it’s actually the quickest circuit that we go to all year, and the long straights and fast corners put plenty of energy through the tyres. This means that overheating and blistering can be a problem if not controlled. So correct tyre management can have a very important effect on the race and the strategy, and this is something that the teams will assess during free practice on Friday. Not only the performance of the tyres is tested here but also the durability, as there are plenty of high-speed impacts with the kerbs, which represent another important aspect of this race. Monza is one of the most popular races of the year, with lots of tifosi, and we are very much looking forward to it.”

Jean Alesi: “I love Monza and I’ve had so many fantastic moments there. I’ve been on pole twice and I reckon I have probably spent half my Monza ‘life’ leading the race – only for mechanical problems to get in the way. Tyre-wise, it’s a very challenging race and it’s the fastest lap of the year, so it’s quite clear that you need the hardest compounds available. The cars run low downforce, so they can slide quite a lot in the corners and limiting this is a key to getting the best life out of the tyres. Getting the tyre pressures at Monza right is very important too: you need to make sure they are not too low. This is crucial for the kerbs in particular, which you hit hard. These days, the driving style means that you practically take the chicanes in a straight line, so this is actually even more important than it used to be. Monza is all about the tifosi – and the support I always enjoyed there as a Ferrari driver was fantastic: you could really feel it. In terms of atmosphere, Monza is just incredibly special.”

The circuit from a tyre point of view:
About 75% of the lap at Monza is spent on full throttle but there are also some heavy braking areas, which place equally heavy demands on the tyres. On the approach to the first chicane, the cars brake from 340 kph to 80 kph in just 150 metres.

As well as flat-out straights there are also some very quick corners: the drivers experience 3.7g at Parabolica, which is also transmitted through the tyres.

The three areas that work the tyres hardest at Monza are the first chicane (characterised by heavy braking), the Variante Ascari (with rapid changes of direction) and the famous Parabolica: a long and open corner that generates big lateral forces.

Technical tyre notes:
Top speeds on the straight at Monza peak at around 340kph depending on set-up. The resulting force can heat the tyre up to 130 degrees centigrade: the peak temperatures seen all year.

The top two last year (Hamilton and Perez) used a one-stop strategy, with Perez claiming the runner-up spot from 13th on the grid. Hamilton started on the medium and switched to the hard, while Perez did the opposite. The highest-placed driver to use a two-stop strategy was Michael Schumacher, who finished sixth for Mercedes.

Teams run a specific aerodynamic package for Monza, usually with the lowest levels of downforce of the year. This puts the emphasis on mechanical rather than aerodynamic grip.
Posted by Jitesh Watwani