Q & A with Pat Symonds - Chief Technical Officer at Williams 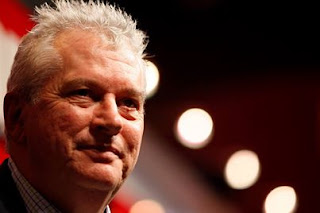 Q: You have recently been appointed Chief Technical Officer of the Williams F1 Team – what does this new challenge entail?
Firstly, I think it’s a great team. The facilities are top class, we have a huge number of talented people and yet the results on the track are not a reflection of the quality we have. So I think my challenge is to analyse why this is happening, make the changes that are needed to empower the people and really get the focus in one direction: performance.

Q: What does it mean to you to join the Williams F1 Team?
Funnily enough I was reminded the other day, by a good friend, that many years ago when I was at Renault I was quoted as saying that the only other team in Formula One that I would work for was Williams. It’s taken me a long while to get here, but now I’m here I’m very happy to be.

I’ve been here in Grove for a couple of days now and the first thing that strikes me is how welcome I’ve been made. I’ve over 500 new names to learn and I need to learn my way around the place so it’s a bit like the first day at school! I’m impressed by what I see though: the facilities are fantastic; I know a lot of the people are very good and I feel confident.

Q: What does it mean to now be working alongside Sir Frank Williams – who has previously been one of your biggest rivals?
Frank has always been a fierce competitor but one that always competes with a lot of honour and dignity. Sometimes I beat him, sometimes I lost to him but I always had the utmost respect for him. I’m really thrilled that now we can combine our efforts to beat our competitors.

Q: Looking back at your career – you have worked with many outstanding drivers – who has been the most interesting to work with so far?
The most interesting are not always the most outstanding and I’ve met many who were very interesting over the years! I’ve always enjoyed working with every driver in different ways. I’ve worked with many outstanding drivers from Senna, Schumacher, and Alonso but if I had to pick one, I do have a special place for Michael (Schumacher). He is obviously a super talent, he very much thinks like an engineer and yet he’s also a really great person, so I definitely have a soft spot for him.

Q: From what you have seen, what do you think about the team’s current driver line-up of Pastor Maldonado & Valtteri Bottas?
So far I have really only seen them from the outside. I was able to spend time with both of them on my second day at Grove and what I can see is that they are both extremely committed and determined to see the team progress. I’m looking forward to working together with them to achieve greater success. They strike me as intelligent and committed drivers so let’s give them some equipment to show their talent.

Q: Your 30 year Formula One career has seen you achieve success with some of the sport’s most accomplished teams and drivers. With 32 race wins, four Drivers’ World Championships and three Constructors’ World Championships – what would you say was your proudest achievement to date?
I always say my best race is my next one. I’m not really a person that tends to look backwards very much but if you ask me specifically then the mid-90s with Michael and mid-2000s with Fernando, where we had a lot of dominant wins, of course I’m proud of those achievements. But in a different vein, I’m equally proud of the non-racing aspects. The work I’ve done building up various teams and people. It’s nice to see some guys who worked with me when they were very young now in senior positions at various teams. I certainly enjoy the mentoring and development of people.

Q: What do you hope to bring to Williams and how do you think your working style can benefit the team?
My primary aim is to bring success back to the team and I will be very singular in my focus to achieve that. I want the people who are working with me to enjoy that success and be an integral part of bringing Williams back to where I think it should be. It will take time to analyse what is happening and improve things but it’s up to me to facilitate this process.

Q: Coming into the team at this stage, can you make a difference this season or will your focus be on next year?
There are developments going on for the remainder of this season. We have new parts coming to races as far out as Korea and beyond. They are not things I’ve had influence on but I can see them in the development programme. I hope we can look at some smaller details from the wind tunnel to improve things over the coming races and I’ll be looking at the operational side too. Fundamentality focus has to be much more towards 2014 as it’s an immensely difficult programme, the most difficult we have had to tackle for a long while. The FW36 is well underway and I think it’s important I get my influence onto that. However, my influence will be much more on process rather than detail, so I hope that pays off and leads to the sort of structure that can lead to on-going success for the team.
Posted by Jitesh Watwani