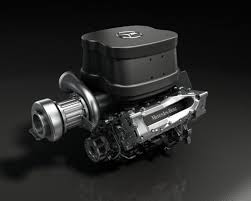 2014 will see the biggest change to the Formula of F1 with brand new engines and subsequently brand new cars with altered aerodynamics. It is anyone's guess on what will have the highest impact on competitiveness. WIll it be the engine or the aero?

Mercedes are reportedly going to be the power units of choice once Formula 1 switches to the 1.6L V6 turbocharged units. They are betting that with the dawn of the new era power will trump aerodynamics.

The three engine makers have not given out too much in terms of power output and fuel economy, but suggestions are that the Mercedes power units will deliver about 100 BHP more power than the ones from Ferrari or Renault.

Lewis Hamilton was famously poached from McLaren to replace seven time world champion Michael Schumacher and the carrot at the end of the stick was "the promise that he will be able to take on (Sebastian) Vettel in 2014,” according to Auto Motor und Sport correspondent Tobias Gruner.
“There are signs that Mercedes is one step ahead”, Gruner reported.

“In the paddock, it is said behind closed doors that the silver engine has 100 horse power more on average than the Renault or Ferrari.

“Mercedes is not confirming that, obviously. But those in charge are giving an unusually confident impression,” he added.
The suggestion seems to have gathered momentum with Mercedes pushing hard for a wider rear tyre, which would be necessary to transfer the power and torque of a higher output engine to the asphalt.

Ferrari and Renault, meanwhile, are reportedly happy with the narrower tyres as are being used this year.
Posted by Jitesh Watwani