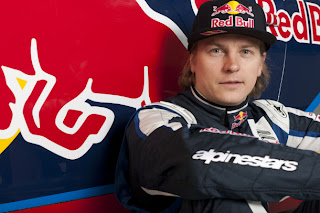 Kimi Raikkonen's manager Steve Robertson has confirmed that the Finn will not drive for reigning Formula One World Champions Red Bull next season after talks broke down.

The 2007 world champion's contract with Lotu runs out at the end of this season and was in contention to take the place of Mark Webber, who has given up his hunt for a Formula 1 World Championship in favour of getting back into endurance racing next year.

“Kimi will not be driving for Red Bull in 2014. We held some talks but a deal will not be happening,” Kimi's manager confirmed to British media.

“We are pretty confident that Kimi will be in F1 next year,” he said. “There are options – and that is plural – out there and I will continue to talk to teams. I am hopeful we will sort something out in the not too distant future.”

Daniel Ricciardo, from Red Bull’s junior and driver development team Toro Rosso, seems to be the only driver in running after talks of Alonso and Kimi to Red Bull fizzled out.

Red Bull's Dr. Helmut Marko confirmed that the team will not make an announcement before the Spa weekend when the season resumes after the longest summer break of my time.

Robertson also said that staying at Lotus was just one option for Raikkonen who spent two years in rallying after being forced out of Ferrari in 2009 to make room for Fernando Alonso.

Raikkonen, second in the current standings and third last year, in a car that was not by any means the class of the field, has been linked with a shocking return to Ferrari to replace Felipe Massa. The Brazilian started the year strong, but his performances in recent races have brought into question chances of his contract being renewed after this year.
Posted by Jitesh Watwani