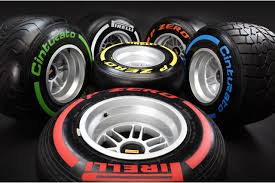 The Formula One teams tested the range of Pirelli tyres that will be used from the Hungarian Grand Prix onwards during a three-day test at Silverstone. As well as giving teams a chance to run young drivers – as the test was officially designated a young driver test – the regular race drivers were also allowed to take part, provided they completed a tyre test according to a run plan specified by Pirelli. By the end of the three-day test, the teams had collected plenty of data that will be useful for the rest of the season. However, with the new tyre specification consisting of the 2012 construction matched to the 2013 compounds, the teams already have a lot of information about the constituent elements of the new tyres – so there were no big surprises.

Paul Hembery (Pirelli motorsport director): “We think that everybody achieved their objectives from these three days of running at Silverstone. From our point of view, we made the most of this opportunity to gather data that will help us best meet the needs of the Formula One teams in the future. While modern-day simulation is extremely advanced, there are some things that you can still only find out from running on a track with a representative car, so we would like to thanks all the teams and the governing body for their cooperation in helping us to achieve this. The tyres all ran reliably throughout the three days of the test, although of course you cannot compare the times to those seen in the British Grand Prix because the track conditions and other car parameters were different. The established performance of the 2012 structure, consolidated with the speed of the current compounds, is set to provide an interesting mix of strategies for the races ahead. The teams already have a lot of information about the shape and deformation of this tyre from the previous season, and the three days at Silverstone was useful to assess the effect that this will have on the 2013 cars, with positive results.”

Testing Facts:
The teams are usually allocated 100 sets of tyres per year for testing purposes (although an additional 12 sets were granted for Silverstone) with all the compounds in the range available to test. It is up to the teams to choose the number of sets and compounds they would like to evaluate per test.
In addition to this, a new prototype hard compound was available for testing in Silverstone, for use by the current race drivers only. This harder version of the hard compound was tried out during free practice for the Spanish and British Grands Prix.