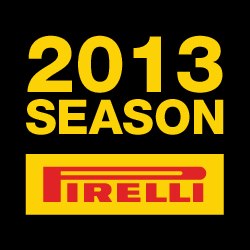 From the Nurburgring in Germany, the teams head to a completely contrasting venue for the Hungarian Grand Prix: the final race before the summer break. Pirelli brings the P Zero White medium and P Zero Yellow soft compounds to the Hungaroring, close to Budapest. This is actually the same nomination as last year, but with the compounds being softer this year, there is even more performance. The construction of the tyres has changed as well, with the 2012 structure matched with the 2013 compounds. These tyres were successfully tested at Silverstone last week, with the teams collecting plenty of data that will be useful for the future. Conditions at the Hungaroring are normally hot and sunny, which increases the work for the tyres. However, average speeds are low at the tight and twisty Hungaroring, which affects the usual pattern of wear and degradation. Rain is not unknown however, so as usual Pirelli will bring the Cinturato Green intermediates and Cinturato Blue full wets as well.

Paul Hembery: “Hungary marks the first event for our latest specification P Zero tyres, which consist of the 2012 construction matched to the 2013 compounds. These tyres were tried out by the teams at Silverstone during the young driver test, who benefitted from the opportunity to adapt the set-up of their cars to best suit the new tyres. Now they get to use them in competition for the first time, and with qualifying particularly important at the Hungaroring, the work done in free practice will be very important. Overtaking at this circuit is never an easy task, so the teams will be looking to use strategy to maximise their opportunities to gain track position. The selection of medium and soft tyres should provide plenty of chances to help them do that, based on the data that all the teams gain with different fuel loads in free practice. Temperatures in Hungary can be very high, and this is the other factor on which the levels of wear and degradation experienced will depend. Traction and braking are two critical aspects of tyre performance in Hungary, with the teams running a set-up designed to emphasise these key areas. With levels of lateral energy relatively low, tyre performance rather than durability will be the limiting factor and this will form the basis of the strategy selected – with the teams aiming to keep the tyres within the peak window of operating performance for as long as possible. The design of our latest tyres should help them to do this.”

Jean Alesi: “The Hungaroring is a circuit where it is really difficult to overtake, although they did make the straight a bit longer a few years ago to provide more passing opportunities, which helped a bit. So this means that qualifying as well as you can is extremely important. There is some tyre degradation, but it comes from traction and braking rather than high-energy corners: you have to make sure that your tyres do not go off at the end of a stint in particular. Although I’ve been on the podium it’s never been a track that is especially exciting to drive. But it’s a very important race for Formula One history and culture: when I first raced there, Hungary was still behind the Iron Curtain, and the grand prix was just one of those things that brought change to so many countries in that area, which were still Communist at the time. It was an incredibly exciting period of history and the race was a symbol of the liberation that was to come. Those days are gone now, but the fans are still as passionate as always and this is why it is always a pleasure to come here.”

The circuit from a tyre point of view:

The Hungaroring is a permanent circuit built in 1986 but in many ways its characteristics are similar to those of a street circuit. It’s a tight and twisty track with 14 corners and an average speed in the region of 180kph: this makes it the second-slowest circuit of the year after Monaco. The cars actually spend a lower proportion of the lap on full throttle than they do even in Monaco. Ten of the 14 corners are taken at 155kph or lower.

The circuit is not extensively used for many other races during the year, which means that the surface is often ‘green’ at the start of the weekend. As more cars run through the track a clean line emerges, but because there is only one clear line around the narrow circuit, a lot of dirt, dust and marbles accumulate off the racing line, making the problem of overtaking even harder.

The large number of narrow corners and big steering inputs mean that the edges of the tyres are subjected to peaks of temperature and wear. The tyres can sometimes overheat more on a slow and twisty track than on a fast and flowing track.

Technical tyre notes:
The Hungaroring requires a high-downforce set-up, as the cars are on full throttle for only around 10 seconds over the course of the 4.381 kilometre lap.

The top three all selected two-stop strategies last year, although they used their tyre allocation in different ways. The top 10 on the grid all started on the soft tyre; the highest-placed starter on the medium tyre was Mark Webber in 11th, who finished the race eighth.

The performance gap between the medium and soft tyre is likely to be around a second per lap.