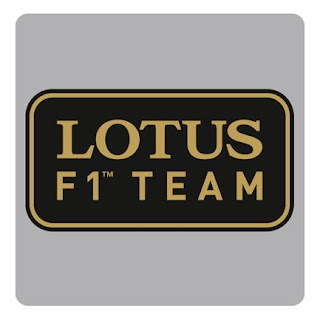 With four second-place finishes and one victory in Hungary, Kimi Raikkonen reckons he knows what's needed for a strong weekend in Budapest.


What makes a good weekend in Hungary?
Kimi Raikkonen: I have finished second in Hungary too many times, so I know how important it is to lead the race after the first corner. DRS or not, it's never easy to overtake at the Hungaroring. To get the weekend right, you have to have good sessions in FP1, FP2 and FP3, then a strong qualifying session and finally a perfect start to the race.

But your only win here came in 2005 starting from fourth on the grid?
KR: I got a very good start to be second at the end of the first lap and everything went well from there.


What's the atmosphere like?
KR: It is always nice to go to Hungary. The circuit is not the most difficult of them all, but it is a really challenging venue as it's usually very hot which makes it a demanding race. Of course, the heat has helped us with the car so far this year so that will make things better, but only if it's a win will you not suffer from the heat.

What are the key elements to a fast car at the Hungaroring?
KR: A fast car. It's such a slow, twisty circuit, so two things are really important there; good turn-in and good traction. If you have those, you have a strong car for the race.

In some ways this is viewed as a 'home' Grand Prix for you?
KR: Many times Hungary has been called as the Grand Prix of Finland. A lot of Finns go to this race every year and it is always nice to see the blue and white flags waving.

Any more thoughts after your second place in the German Grand Prix?
KR: The points were good and we had a strong car. Again we saw that warmer temperatures suited us and we usually get hot weather in Budapest so that should be a good thing. Of course, you never know until you have driven the track in this year's car. In Germany, my radio wasn't working properly and I got stuck behind the Mercedes which didn't help my race. The performance of the cars was pretty close and it's easier to overtake at the Nürburgring than it is at the Hungaroring, so we will need to qualify well.

Was missing your final pit stop there an option?
KR: My tyres felt pretty okay when we came to change them, but you cannot know how long they would have lasted or what would have happened in the race. It didn't help that we had the radio problem as my engineers couldn't hear me, although I could hear them asking me the questions. It's easy to say 'we should have done this', but you never know for sure unless you try that strategy. We were right with Seb [Vettel] at the end of the race through coming in and putting on the soft tyres, but maybe if we had done things a bit differently we would have been slightly in front rather than slightly behind.

This was your best ever result in Germany; does it taste any better than the previous ones or is it only victory that makes the difference?
KR: Obviously we are here to try and win races. We couldn't in Germany because we were not fast enough, but for the team it was a good result after a couple of quite difficult races. We lost some more points to the lead as Seb won, but it's still a long season and if we keep putting ourselves in a position to at least be fighting for first place then I think we can do it again.

Can you go one better in Budapest?
KR: There's no point speculating before you get there. Hopefully we get the result we are looking for. It would be nice to take the break after this race and recharge the batteries in the middle of the season with a good result on the board, but most importantly, it would be good to have the points.

After returning to the podium in Germany, Romain Grosjean is keen to maintain momentum in Budapest and enter the summer break on a high.

In Germany you were on the podium, in Budapest last year you were on the podium… do these two factors help heading to Hungary?
Romain Grosjean: For sure, they don't work against you and it's always great to stand on the podium. I can remember feeling frustrated last year in Budapest as we did have a chance to be fighting for the win before we got held up by a driver who didn't respect the blue flags, but that's certainly a better frustration than missing out on the podium or even worse. Taking third in Germany was great so I certainly have a positive feeling heading to Hungary.

How good was it to be back on the podium in Germany?
RG: Really good; it was a great result for the team and we had a very strong race. I was able to push really well in my first stint and thought I had a chance at one stage to challenge for the win, but the Safety Car meant I lost all the advantage I'd built up at that stage of the race. That then decided the strategy for us and ultimately we weren't fast enough to challenge for the win at the end. There are a lot of positives to take from Germany so we're very keen to maintain the momentum from that good result heading to Budapest.

Are you frustrated about not having driven at the Silverstone test?
RG: As a driver, you always want to be in the car getting as much experience as possible; especially when there's something new like different tyres. The tyres we used at the Nürburgring suited us pretty well, so let's hope the latest version will also suit us at the Hungaroring.

What's the key to a good result in Budapest?
RG: It's a tight and twisty track so you need a good qualifying result. We showed last year that being on the front row certainly helps and it would be fantastic to be back there again this year. We've also seen that high temperatures work well for us and it's usually hot in Budapest, so we'll be hoping for plenty of sun again.

What do you think of the circuit?
RG: It's a circuit that I quite like and one where I have had good experiences in the past. I scored my first GP2 Series pole position there in 2008, then finished first and third in 2011 which was a pretty good weekend. In 2012 I had my third podium finish of the year and qualified P2 on the grid which was a great way to end the first half of the season. In terms of driving, it's not the most physically challenging layout in terms of high speed corners, but the heat you experience in the cockpit can be quite intense. It can also be a difficult circuit early in the weekend as the track is not used very much, meaning it's quite slippery when you first go out.

Hungary will take the season over the half-way mark and into the summer break; how's the mid-term report card looking?
RG: There's certainly good potential, but I think we'll look at it a little more closely after Budapest before we head into the summer holidays.
Posted by Jitesh Watwani