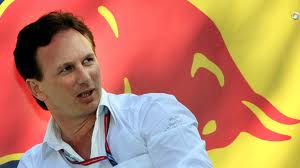 After Vettel's sheer dominance at Canada, Red Bull has come out to say that they are no longer fearful of their performance on high speed tracks.

The Adrian Newey penned cars are usually at home on circuits with fast and medium speed corners with not too many straights. But their performance in Montreal has quelled their fear of tracks with long straights and lesser emphasis on aerodynamic efficiency.

This year the only time the team have found the going tough was because the car doesn't seem to manage its tyre wear as well as some of its competitors. With the next stop set to be Silverstone, aerodynamically the team should be in calm waters, but their performance in Montreal gives them the extra confidence that they have gotten over their troubles with tyre wear.


Having performed well in Malaysia and then having experienced a dip in performance in Barcelona, the team is hoping they have moved forward with the set-up of their car to ensure they manage their tyres well enough to stay ahead.

Red Bull team boss Christian Horner said in an interview to Autosport, "I think that obviously set-up wise we made some progress here, and we hope that that will continue into the Silverstone weekend.

"Malaysia also had very quick corners and we were strong there, so I think we have understood some of the issues we have had in Barcelona, and hopefully we can carry this form into the next few races."

"We see with these tyres that once you are in the window with them, then you can extract a lot of lap time.

"We were certainly in the right window here, and it was a shame with Mark that his race was compromised by the backmarker because otherwise I am convinced we would have had him on the podium here too."

But what remains to be seen, is if the low degradation on the smooth surface of Montreal gave Red Bull the edge, or if they have actually gotten on top of their issues.
Posted by Jitesh Watwani