How the International Tribunal works 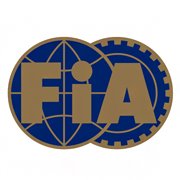 Following yesterday’s announcement that a case will be brought before the FIA’s International Tribunal (IT) into the tyre test carried out by Pirelli and Team Mercedes AMG Petronas F1 last month, we take a closer look at the IT and its functions.


What is the IT?
Adopted by the 2010 FIA General Assembly, the IT exercises the FIA’s disciplinary powers at first instance, for all cases whether they have been dealt or not with by the Stewards of the Meeting.

Who sits on the IT?
The IT is made up of 12 members, who are recommended by the FIA Judicial Appointment Committee and then elected by the FIA General Assembly.

For what reasons may the IT be held?
The President of the FIA, acting as the FIA prosecuting body, may conduct an inquiry into any actions or conduct of a person under the jurisdiction of the FIA and suspected of having committed one of the offences set out in the Judicial and Disciplinary Rules of the FIA (Article 8.2). Following the inquiry, the President of the FIA may draw up an inquiry report and decide to close the case or to bring the matter before the IT to make a decision in compliance with the FIA Judicial and Disciplinary Rules.

How is an IT hearing held?
The IT hearing is held by the judging panel and presided over by the President of the Hearing.
The President of the FIA, acting as the FIA prosecuting body, will be present, or represented by any person of its choice, to present its observations.The President of the Hearing will invite the Parties to set out their arguments, and the IT may hear witnesses, knowledgeable parties, experts and third parties. The Parties have the right to question these witnesses on their statements. Independently of the main parties to the case, the IT may hear, as a third party, any competitor in a major FIA Championship (including the FIA Formula One World Championship) who so requests and who could be directly and significantly affected by the decision to be taken. It is the responsibility of any such party to send the IT a written request to be heard.


At any point during the hearing, the IT may decide, after hearing the Parties but before making a final decision, to request further information or to postpone proceedings to a later hearing.The IT will deliberate in camera to reach its decision, without the presence of the FIA President, the prosecuted person or any other party. The IT may nevertheless decide to re-open the hearing at any point in its deliberation, for instance if it becomes aware of any new fact. In this case, the Parties shall be informed by a new notification for the further hearing.

What is the schedule for proceedings?
When the prosecuting body has decided to bring the matter before the IT, a notification of charges is sent to the parties being prosecuted. The President of the Hearing shall set a timetable for the hearing. In case of justified urgency, in particular for matters relating to sports competitions, the parties may call for an expedited procedure. The President of the Hearing may decide to reduce the timetable.

Which are the different infringements?
Persons having contravened the FIA Statutes and regulations, including International Sporting Code (please refer to Article 8.2 for complete list of infringements).

Which sanctions can be imposed by the IT?
The IT may impose fines, bans and/or the sanctions provided for in the FIA International Sporting Code (Article 153).

When is the decision announced?
After the close of the hearing, the President of the Hearing will announce the likely time and date when the decision will be announced. The notification of the decision shall specify that the Parties may bring an appeal against that decision before the FIA International Court of Appeal (ICA).

Who can appeal before the ICA?
The President of the FIA and the parties being prosecuted.
Posted by Jitesh Watwani