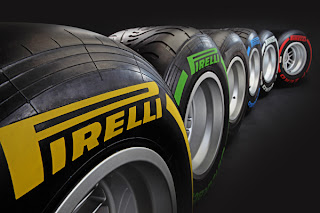 Pirelli hopes that the pecking order will not change after they bring new tyre compounds from the Canadian Grand Prix onwards.

In the aftermath of the Spanish Grand Prix where most teams had to pit four times, and after repeated tyre failures up and down the order, Pirelli has decided to make slight changes to meet its target of two stop races.

The teams most affected by the 2013 tyres have been Red Bull and Mercedes and they have been the most vocal about their displeasure over the compounds being used until now. Pirelli's motorsport director Paul Hembrey however believes that the changes should not impact the pecking order in the races too much.


"There have been concerns from some of the teams that the changes will favour one team or another, but we don't think that will be the case," Hembery said in an interview to AUTOSPORT.

"These changes are being made for Pirelli, not for anyone else. We need to get the balance right.

"We didn't want to over-react, because by doing that we could then be helping certain teams."

When asked if there was a danger that making the tyres more durable would allow a team like Red Bull to dominate, Hembery said: "We would hope not. But of course we always face that risk."

Hembrey has stressed that the changes are not being effected due to the incessant criticism from Red Bull. Team Owner Dietrich Mateschitz this week hit out at Formula 1 by saying it had "nothing to do with racing anymore' and that he is considering pulling out of the sport if the situation is not changed.

"In fairness to Christian Horner [team principal], a lot more has been said in the media this week than what they have told me."
Posted by Jitesh Watwani