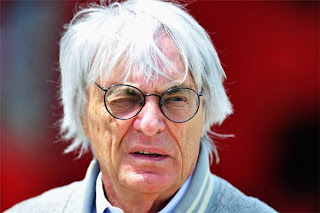 Formula 1 boss Bernie Ecclestone has been formally charged with bribery by German prosecutors on Wednesday, according to reports in the Suddeutsche Zeitung newspaper.

The case is built around the fact that the Englishman had paid $44 million to jailed former Formula 1 banker Gribkowsky, during the sale of Formula 1 to CVC some years ago. The bribery charges have been declared serious since it involves bribing a public official.

“The bribery allegations could cost Ecclestone his job as Formula 1 boss,” said the newspaper, but it also added that the district court can still decide whether or not it hears the case.

(Reuters) Lawyers for Formula One Chief Executive Bernie Ecclestone reiterated on Wednesday that he had not bribed a German banker during the 2005-2006 sale of a stake in the motor racing business, after a newspaper reported he had been charged by prosecutors.

German newspaper Sueddeutsche Zeitung reported on Wednesday that prosecutors had charged the 82-year-old Briton, who has turned the sport into a global money maker over the past three decades, with bribery and inciting others to a fiduciary breach of trust.

“The documents with the charges from the Munich prosecutor’s office have not yet been received by the defense,” said German law firm Thomas Deckers Wehnert Elsner, acting for Ecclestone.

“Therefore, we cannot provide a statement. The defense sticks to its view that Mr. Ecclestone has neither committed bribery nor played any part in committing a fiduciary breach of trust,” added the firm, based in the German city of Duesseldorf.

In an interview with German daily Bild-Zeitung, Ecclestone ruled out that he would resign as head of Formula One.

“The shareholders will have to make that decision. Once my contract with the company expires, they can replace me if they want,” Ecclestone said, according to Bild, in a report due to be published on Thursday.

Bild also reported that Ecclestone denied the charges against him: “I am innocent. The truth will prevail in the end.”

Under the German legal system, once a preliminary investigation has been completed, prosecutors need to decide whether to press ahead with charges or drop the matter. Prosecutors could also drop the proceedings in exchange for a “non-penal payment.” 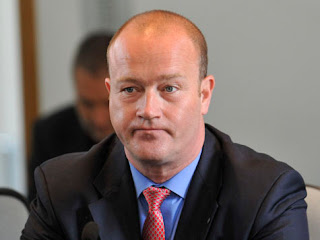 At issue is whether Ecclestone bribed a German banker in a business deal in which lender Bayern LB sold a 48 percent stake in a Formula One holding company to CVC, a private equity investor that Ecclestone was keen to see as a new shareholder.

Ecclestone made payments to Gerhard Gribkowsky, Bayern LB’s former chief risk officer, who has since been jailed for tax evasion. Bayern LB had ended up with the Formula One stake following the bankruptcy of the media empire of Leo Kirch. Bayern LB assigned Gribkowsky with the task of hiving it off.

In June last year, Ecclestone denied the payments to Gribkowsky amounted to bribes. Instead, he told a Munich court in November 2011 that he paid Gribkowsky to “keep him quiet” after the German put him under pressure over his tax affairs, and not to smooth the sale to CVC.

CVC owned a 63 percent stake in Formula One, but has since cut that to around 35 percent in a series of deals.

Ecclestone told Reuters last month that the company behind Formula One could be floated in Singapore at the end of this year. (Reuters)
Posted by Jitesh Watwani