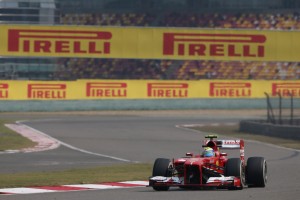 At the end of day one at the Formula 1 Chinese Grand Prix we have Felipe Massa leading the pack from Raikkonen and Alonso. Qualifying is going to be important, but the strategy during the race is going to decide which three end up on the podium. With a race distance of 56 laps, last year it was a two stop strategy that won the race for Rosberg with a stop on lap 13 and then one more stop on lap 34 for fresh rubber.


Hamilton has complained that this years soft tyre might be a little too aggressive for the Chinese Grand Prix. In an interview after FP2 he said, "The soft is hardcore. I don’t know why, it doesn’t feel like the right tyre for this circuit. I mean I did a couple of laps and the tyres just disintegrated. It was quite unusual.”

Based on that we can assume that the first stint is going be quite a short one for the front runners, and maybe come race day, we can expect them in at the end of lap 6, with anyone trying to undercut dashing in on lap 4 or 5. Pirelli's claim that the medium can last upto 20 laps will be tested in race conditions on Sunday, but Hamilton did manage 27 laps on the Pirelli P Zero white (Medium). But with a full fuel load and in race conditions, we would think that most teams will have to make two more stops for mediums, or maybe a short last stint on the soft Pirelli P Zero yellow's. 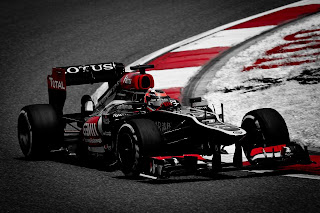 The Mercedes have shown good pace on the medium tyres this morning in FP1 and in the early running of FP2, so expect the two of them to have a strong showing this weekend. The Lotus has always been good on its tyres and with Force India, they are the only teams who can make their tyres last longer than most others.

Ferrari's tyre degradation seems to be under control and if Massa out qualifies Alonso again we should have an interesting race in terms of strategy by the team from Maranello. Their pace on the soft's was good, and they weren't too far behind on the medium's as well.

Vettel was complaining of vibrations during long runs and the team found a quick fix by grinding off the top of his barge board to try and sort out the aerodynamics of his car. The only thing troubling the world champions will be their tyre wear.

McLaren still have some issues to sort out on their car, but watch out for Checo and Button starting on the mediums and getting into the top 6 by the end of lap 8 or 9 of the race. With good strategy they could get into the points.

* - Predictions are based on current form and will be revised after P3 and before we go into qualifying.
Posted by Jitesh Watwani