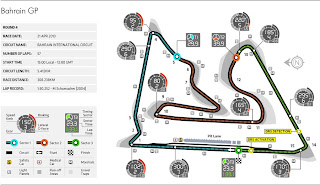 After the Chinese Grand Prix we have had the third different winner in as many races. We head to Bahrain in two days time and below we try to understand what the pecking order might be according to our experts.

The Bahrain International Circuit has a very smooth surface with a mix of slow and medium to high speed corners. But due to the moving desert sand, the combination of corners and the high ambient and track temperatures we can expect reasonably high tyre degradation levels. There are four straights that lead into tight corners, so the engines will be running on max power and that means more torque out of the slow corners. The slow speed corners with huge amounts of torque put the stress on the rear tyres and the high speed corners put the stress on the front tyres due to the understeer in these corners. 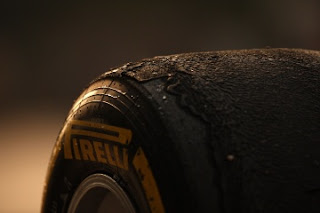 Last year Pirelli brought the Soft and Medium tyres for the race in Bahrain, and this year they have come with the Mediums and Hards. With all compounds being softer and faster degrading than last year, we can assume that the tyre wear and the pace will be about the same. We can expect a minimum of three stops in the race by all the front runners just as we saw last year.

Lotus and Ferrari are the easiest on their tyres while the tyre wear on the Mercedes and the Red Bulls leave a lot to be desired. With circuit characteristics being very similar to Malaysia, and with the tyre choices being identical we can expect the teams that did well in those conditions to thrive in Bahrain. The points we need to discount are the start of the race in changeable conditions, Alonso's love tap on Vettel, Kimi's damaged front wing and the under-fueled Mercedes.

This year the Mercedes and Red Bull have usually been quick on a single lap while the Ferrari's and Lotus seem much faster on race day. Though the updates brought in China seem to have moved the Ferrari ahead of the Red Bull in a single lap, it could be down to the cooler temperatures in China that affected the performance of their cars. We will have to wait till Friday evening under the desert sun to have a clearer idea of who is ahead in a single lap.

The McLaren's have found some pace in the three week break, but are still fighting just behind the front runners and just ahead of the midfield. One of the Force India's and the Sauber of Nico Hulkenberg should be fighting to finish off the top ten, but you can never discount the Toro Rosso's