Pirelli confirm they may change tyre compounds after Bahrain 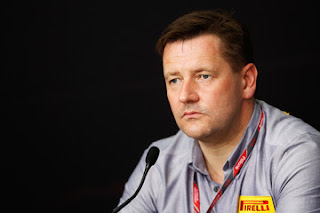 Paul Hembrey, Pirelli's head for Formula 1, has finally come out and confirmed that the company might change its tack on the tyre compounds after the Bahrain Grand Prix this Sunday.

Mercedes’ and Red Bull have been complaining the loudest about the state of the tyres in 2013 and their impact on the quality of Formula 1 due to the fragile nature of the tyres. Niki Lauda had mentioned in China that Pirelli had agreed to review their tyre compounds for the season from Barcelona onwards.

Hembery acknowledged that he had discussed the issue, but insisted that the Italian tyre manufacturer “needs these four races” at the start of the calendar to fully understand the situation before they make any decision.

“If we do make changes, we’ll announce it after Bahrain and in time for Barcelona,” the Briton promised.

Paul Hembrey has changed his stance on changing the tyre compounds after concerns regarding safety emerged. Jenson Button experienced a burst tyre due to a flat spot in China.

Former Grand Prix driver Olivier Panis explained: “Pirelli is not 100 per cent to blame.”“I think we (Formula 1) asked them to do things for the show, and they followed the specifications. So I don’t want to throw stones and criticise, but it has gone too far,” said the Frenchman.“Now it is a safety problem. We saw (Jenson) Button’s tyre burst because of a flat spot (in China), but it’s important not to have failures like this when you are going 300.
“That’s what scares me; the safety. There is degradation and yes it’s the same for everyone but we have to be careful it does not go too far,” Panis told RMC Sport.

Unless it is proven that there is a safety issue with the tyres it would require all teams to approve of the change. And with Lotus and Ferrari having an edge with this years tyres they are likely to put up a strong fight against any decision in this regard.
Posted by Jitesh Watwani