Kimi Raikkonen spotted tearing it on his motorcross bike 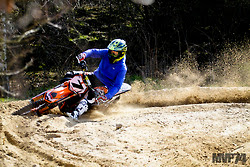 Most team bosses do not allow their drivers to participate in dangerous sports, and with Eric Boullier's experience with Robert Kubica's accident you would expect him to have changed tack a bit. But he has last week admitted that, “One of our drivers is famous for doing pretty much what he wants”.

His driver Kimi Raikkonen, who does it best when he does whatever he wants, was recently spotted testing one of the bikes from his motocross team "ICE ONE RACING". In addition to that he also started a rallying team when he was on his sabbatical from racing Formula 1 cars.

So to kill time between the Malaysian and Chinese Grands Prix, the Finn pulled on his MX gear last week and headed to Belgium, according to the Finnish broadcaster MTV3. He participated in the practice session and you can tell from the images that he was not really concerned about hurting himself. 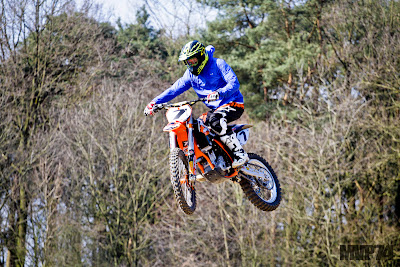