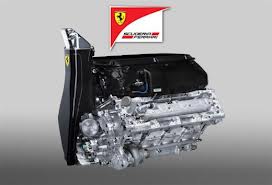 The engine manufacturers in Formula 1, Ferrari, Mercedes and Renault have reportedly won the battle for an extra pre-season test ahead of the change to V6 turbo engines in 2014.

With some teams having resisted against the move, the engine suppliers were of the view that the workload and complexity of preparing for the new V6 rules required that next year’s pre-season test period be extended.

Rob La Salle, correspondent at Speed Week, said the manufacturers have won the argument for a fourth test, possibly in the Middle East.

La Salle quoted Renault’s Rob White as saying a proposal is on the table for a January test, in addition to the usual three tests in February. White said an earlier test, perhaps at the tail end of this year, is not feasible.

“To be at a test track for example in October, the engines would have to be built in September. There is a lead time of three months, so you would have to decide upon the specification in May. We would prefer to have that time on the test benches instead. With some components, we are still in the design phase. A test in October would be just too early.”

Ferrari, a staunch critic of Formula 1′s now severely limited track testing, will be happy with the news of an extra pre-season test.

Team boss Stefano Domenicali told the latest edition of the British magazine Formula 1 Racing, “The testing situation is ridiculous. With the other teams, we’ll try to convince them that we need to find another balance — and I am positive we can find a solution."