Villeneuve not impressed by Vettel apologies 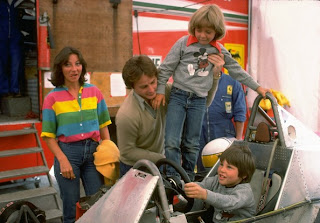 Jacques Villeneuve was the 1997 Formula 1 world champion, despite huge efforts by then Ferrari driver Michael Schumacher. Michael's efforts to bring them closer in Jerez 1997 resulted in his being disqualified from the world championship that year. Villeneuve has always been quite outspoken and also quite critical of another German, Sebastian Vettel, whose apologies in the wake of the 'Multi-21' saga have not impressed the French Canadian.

Vettel has apologised to Mark Webber on the podium, in the press room and again in the team garages. He has also traveled to Milton Keynes to apologise to the entire staff of Red Bull. See our full report on Vettel's apologies here.

In an interview to German magazine Auto Bild, Villeneuve now a television pundit, has said, “It’s easy to make excuses. In the end he’s got the win and the points. Mark has nothing. It was a deliberate decision by Vettel. The team give you the contract and pay you money and so you do what they want you to do. It’s very simple.”

Villeneuve went on to compare the team order saga with Imola 1982, where Didier Pironi similarly ignored a ‘do not pass’ agreement to beat his father, Gilles Villeneuve, to the chequered flag. “Ignoring is just plain wrong,” said Villeneuve. “The best example is my father and Didier Pironi. Just look at the problems that caused.”

A team order given to both Ferrari drivers to go "Slow" was meant to hold position and not fight any further. But Didier Pironi continued fighting and according to reports it seemed to Gilles that he was just fooling around. Before the final corner Gilles was ahead and so certain that Didier would not overtake him, that he left the inside totally unguarded. Pironi took the inside, overtook his team mate and went on to lead the Ferrari 1-2 finish at their home race.

Pironi's actions enraged Gilles so much that he promised never to speak to him team mate again. At the next race in Zolder, in an attempt to better his now estranged team mates qualifying time, many believe that Gilles Villeneuve took unnecessary risks that contributed to his crash and death.