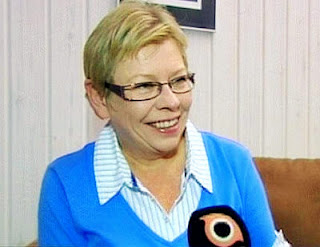 The Ice'mama' has spoken and she believes that Kimi is enjoying his return to Formula 1 after his break from the sport in 2010 and 2011. Kimi is always in the news but this is the first time we hear from the flying Finn's mother. Raikkonen took part in various rallying events including the WRC in 2010 and 2011 and also tried his hand at the Camping World Truck series in America.

Paula Raikkonen in a quote to MTV3 says, "I had heard rumours of his talks with Williams, so I asked him about it. He said he would prefer to go to Lotus, because it was a better option for him. It was a surprise."


She went on to add, "His friends had told me that he stopped Formula 1 because he was tired of it, and then he went back. I think the little break was a good thin, because now he seems to be enjoying the racing again." (GMM)

Kimi Raikkonen has returned to the sport and has found a huge number added to his ardent fans who love his candid approach to the sport. He was let off by Ferrari in 2009 when they wanted to sign the Spaniard, Alonso in place of him, even though Kimi had a valid contract for 2010. Ferrari boss Luca di Montezemolo was not very happy with Kimi and his attitude, and below is a little example in Malaysia 2009 when the race was stopped due to rain, Kimi gets out of the car, showers and gets himself an ice cream and a coke. All the while his engineer is requesting him to go back out. Timo Glock sitting on the grid finds Kimi's reaction quite amusing.