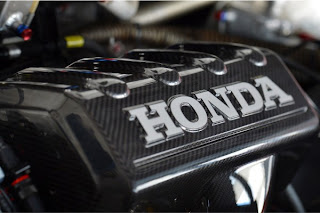 The rumour mills are working overtime over the potential return of the Japanese car manufacturer Honda. When questioned, a McLaren spokesman shrugged off the question by saying, "We never discuss media rumours about potential partners." while Honda president Takanobu Ito, confirmed on February 8 that the company was "studying" the possibility of returning to the sport.

While McLaren have an option in their contract to renew their engine deal with Mercedes for 2014 and 2015, the talk around the paddock is that the team is only expected to take up the option for 2014. But I fail to understand why a team would go with one engine supplier in the first year of a major rule overhaul and then switch after one year when the rules would not have changed that much or not at all to another engine. 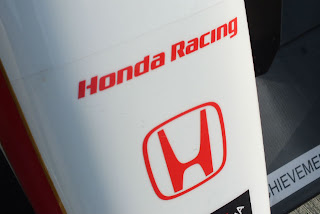 Unless Honda are not confident about being ready with their engine in time for McLaren to design the car around it, I cannot think of any other reason why McLaren would take a chance if they do know they are going to change engine suppliers anyway. It worked for Brawn in 2009 when the car was designed around the Honda engine but they had to install a Mercedes power unit at the last minute. Some packaging issues later, they were fastest at the first test and went on to win both world champion ships. But there is a strong chance that McLaren will have to rework the design of the rear of their car in 2015 to accommodate a different engine.

Honda's re-entry into the sport will certainly make the sport stronger and their return to the sport has vindicated the change of engine formula to the smaller, more efficient turbo charged units with new and improved Energy Recovery Systems which have more real world application.

Honda has a long history with Formula 1 and entered the sport in 1964 only four years after producing their first ever road car. They tasted some success in 1965 and 1967 and got on the top step of the podium, courtesy American Richie Ginther and John Surtees. The tragic accident and death of Jo Schlesser in the Honda RA302 at the French Grand Prix of 1968 resulted in them quitting the sport at the end of the season. 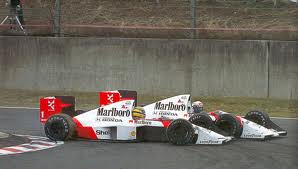 They returned to the sport in 1983 as an engine supplier for teams like McLaren, Williams, Tyrell and Spirit. Honda powered five consecutive drivers world championships from 1987 to 1991, out of which four on the trot were won with McLaren. All of Ayrton Senna's world championships were in at the wheel of a McLaren Honda, while arch rival and team mate Alain Prost took the title in 1989. The only other driver to taste success with Honda in that period was Nelson Piquet in the Williams Honda in 1987.

1988 was the last year of the turbo charged engines and the championship winning combination was a McLaren Honda. Fast forward to 2015 and it seems like we might just get to see the same Red and White colours of the McLaren Honda return to the grid, actually maybe not the Marlboro colours, but something close.
Posted by Jitesh Watwani