Ferrari and Lotus will not endorse Red Bull and Merc request 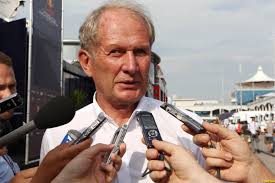 Driver (Vettel) mentor and consultant at Red Bull, Dr. Helmut Marko yesterday claimed that Pirelli had promised to change its tyre compounds in time for the forthcoming Bahrain Grand Prix. Only Mercedes and Red Bull have been pushing Pirelli to completely change compounds at the earliest.

Dr. Marko said on Sunday: “We are having to tell our drivers to go through the fastest sections not as fast as they can, because it’s too high a load for the tyres. Of course we have had serious talks (with Pirelli),” he told German television Sky. I think Pirelli has realised (the situation) and we have been promised that other compounds will come to Bahrain at the latest.”


Mercedes’ Toto Wolff, in an interview to SID news agency, was quoted as saying, “There are definitely signs about a change of the compound, In all probability, either in Bahrain or maybe after.”


Officially, motor sport director Paul Hembery insists Pirelli would only change its tyres mid-season if all the teams make an “unanimous” request. “That is definitely not the case,” he said.

Germany’s Auto Motor und Sport reported that Lotus, whose car won in Australia in the hands of Kimi, would “veto” any such request and Ferrari principal Stefano Domenicali is quoted as saying: “Pirelli cannot change something without the agreement of the teams unless there is an imminent safety risk. It makes no sense to panic after two races,”