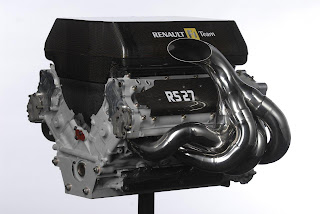 Red Bull Racing were caught at Hockenheim in 2012, using certain engine maps on their cars, which resulted in a reduced amount of torque being produced in the mid RPM range than at other events. To clarify, engine mapping basically affects ignition timing, fuel mixture, power and delivery of torque. Jo Bauer, FIA technical delegate found that the RB8 was producing less torque in the mid rpm range (at a particular engine speed, say 10,000 rpm) at Hockenheim than at Silverstone, which he felt was illegal.


The regulations before Hockenheim 2012 stated that at 100% throttle, the engine must produce 100% torque. This was to prevent any teams using clever traction control systems, which work on the same principle. If at 100% throttle the engine is mapped for a particular corner to produce 70% torque, then the driver could just mash the pedal to the floor and just get the right amount of power onto the wheels to get a clean exit from that corner, without any wheel spin or loss of traction. Now if the engine is mapped for every single corner of every single track, that team has an advantage whereby the driver can just floor the pedal and always get out of the corner better than a car without this system where the driver has to manage the power delivery with his right foot.

Now what the other teams pointed out was that in addition to the above mentioned advantage, the level of exhaust gases being produced could be maintained to the same level that would be produced at 100% torque. This would be fast moving heated air that is directed towards the diffuser and other body work to aid and improve aero performance around corners, in effect giving them more rear end grip at the corners, so they can get on the power earlier, which they already were with the alleged illegal engine mapping.

This was illegal only if you think about the spirit of the regulation, but according to the word of the regulation it was perfectly legal, and therefore the FIA had to issue a directive banning this system. They stated that, "Above 6,000 rpm, the maximum engine torque may vary by no more than +/- 2% (from the reference map). And the ignition angle may vary by no more than 2.5%."
Posted by Jitesh Watwani