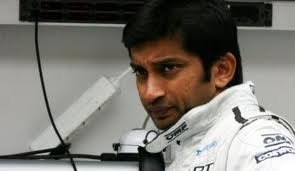 The main backers for Narain Karthikeyan, the Tata group, are said to have increased his sponsorship package in an attempt to tempt Force India to hire their first Indian driver. "The fact remain, right now there is no Indian driver good enough for Formula 1" ,is what team co-owner and boss Vijay Mallya had to say in 2009. But with the current cash crunch being felt up and down the paddock, they might just offer up the last remaining seat on the grid to the Indian.

There has already been an offer from Force India to Narain's management, offering him the role of reserve driver for 2013. But with the limited driving possibilities for third drivers, he is believed to have rejected the offer and if necessary will look to America and the Indy series for a racing seat.
Posted by Jitesh Watwani