Formula 1 2011 - Looking forward to the rest of the season 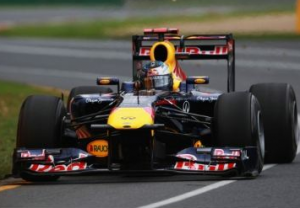 With Red Bull and Mclaren having shown top of the line race pace, with Renault proving to be a force to be reckoned with in the hands of Vitaly, Ferrari and Mercedes have their work cut out for themselves.

Red Bull have started with a car as strong as last years, but only more reliable. Teams wanting to beat them are going to have to pull quite a few things outta their bags. Vettel with his first championship in the pocket, seems more confident than ever, with Webber looking a troubled soul. Webber has never been exceptional in Australia, except for his debut with Minardi, where he finished fifth, but he should come into his own as the year progresses.

Lewis and Jenson were the only ones who looked like they could challenge the "drinks firm" with a majorly revised Mclaren, which was the surprise of the pack. They seem to have a pretty strong base from which to develop a championship challenging car with which they can push to win the big prize at the end of the year. Save for Hamiltons damaged floor, he could have given Vettel quite a run for his money. Lotus Renault in the hands of Vitaly looks to be very easy on the tyres and they have proved how easy it is to do well in a race without having the faster car.

Of course their podium was helped by Alonso's bad start, but Vitaly's two stops to the three stops made by most of the lead cars showed how the Pirelli tyres have stirred the field in this years championship. Ferrari have promised that their bad showing was only due to the fact that they could not get temperature into their tyres on the Melbourne asphalt.

Sergio Perez and Kamui Kobayashi have shown that their Sauber's are kicking some serious ass and Perez was the revelation of the year with his single pit stop over the minimum two pitsops made by the rest of the grid. Peter Sauber called his drive just short of miraculous, and this rookie has proved that he has not got his drive only because of the backing of the major telecom sponsor from Mexico.

The Williams are looking quick, but are lacking consistency. They seemed faster than the Mercs in Australia, and are looking to get back to the top of the grid after having slowly slipped into the clutches of the mid field in recent years. Force India finished in the points thanks to the misfortune of the Saubers, but need to push development if they want to get into the points consistently, with the midfield action turning to fever pitch this season.

Torro Rosso, in their second year as independent manufacturers have come up with a good enough package to qualify ahead of one Michael Schumacher. They are going to be taking points away from the likes of Force India and Williams.

Karthikeyan has promised some "fireworks" from Hispania, while Lotus seems to be hot on the heels of the midfielders. The Virgins need to develop their car if they dont want to slip into the clutches of the 107% rule, which they barely scraped through at Melbourne.

The season has started and all teams have shown where they stand, barring a few. From hereon, it is the pace of development which is going to determine who lifts the championship at the end. It's going to be a fun, long year of formula 1 racing.